Liposuction for Men: All the Facts 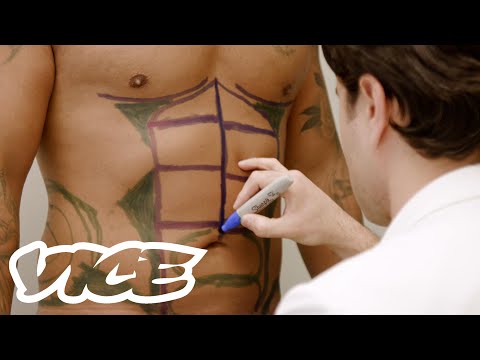 Liposuction for Men: All the Facts

It has mostly been women who have undergone liposuction for fat cell removal but more and more men are availing themselves to the procedure. In 2005, 12 percent of the liposuction patients in this country were men. Today, that percentage is much higher and estimated to be close to 35 percent.

Men tend to have liposuction on their love handles or that little bit of belly fat that just does not go away despite regular exercise. Men also have liposuction performed on their face, neck, chin, and jowls. It rejuvenates their face with a more youthful and rested look. Another common liposuction area for men is gynecomastia, or enlarged male breasts. Gynecomastia is the accumulation of fat or glandular tissue in the male breast area.

But if the accumulated tissue is glandular, liposuction is not an option; other treatment methods should be sought such as hormonal or medication treatments. The first course of action is to eliminate the presence of an abnormal growth. If the accumulated tissue is primarily fatty tissue, liposuction is an option and a very good method for improving the appearance of a man’s chest.

Liposuction for men takes between 1-3 hours, depending on how much and where on the body the work is located. Liposuction is performed on an outpatient basis. Incisions for the procedure are small and placed in inconspicuous places. Liposuction is performed by cutting a small slit in the skin and inserting the tip of a stainless steel tube inserted into the slit. The tube is attached to a vacuum and the fat cells are vacuumed out of the patient. Patients can go back to work in 3-7 days and can resume normal activities in 3-6 weeks. Fat cells from liposuction are put into sterilized bottles and disposed similarly to other biological leftovers from surgery.

Fluid may accumulate in areas where liposuction has been performed and may require additional treatment to drain excess fluids as necessary. A temporary change in skin sensation may occur. This may resolve itself over a period of time. However, complete loss of sensation may occur but that is very rare. Bleeding may occur during or after surgery. Postoperative bleeding may require treatment to drain the accumulated blood. A blood transfusion may also be required. It is recommended patients do not take aspirin or an anti-inflammatory medication for seven days prior to liposuction.

Liposuction has evolved a lot since when it was introduced, back in the ‘70s. In this site you can find all the information about the new liposuction procedures which are safer, faster and more effective.

Neck Liposuction: What You Need to Know

Neck Liposuction: What You Need to Know There are parts of the body that seem to accumulate fat regardless...
Read more
Traditional Liposuction

Chin Liposuction: Get Rid of that Unsightly Double Chin

Chin Liposuction: Get Rid of that Unsightly Double Chin When the word liposuction is mentioned, people may not automatically...
Read more
Traditional Liposuction

Liposuction vs Tummy Tuck – Make the Right Decision When even the most vigilant and dedicated exercise and diet...
Read more

Cellulite Treatment Options Today, medical treatment options exist for just about any adjustment to your body you may want...
Read more

Cellulite Exercises and Myths If you have decided to attack your cellulite through exercise, congratulations! This is definitely the...
Read more
Load more